ROBENS has released details of its new tent range for 2022, with an impressive collection of innovative designs.

Known for its focus on both form and function, the new range looks to be loaded with the Danish manufacturer’s trademark attention to detail and stylish touches.

New to the entry level Route category – aimed at introducing a new audience to the outdoors – is the Pioneer 2EX tunnel tent. Sleeping two, it weighs in at 2.9kg with a 3,000mm hydrostatic head. A generously large vestibule for gear stowage is an attractive selling point.

The Trail range – with classic models like the popular Starlight – is enhanced by the four-person Goshawk 4 that provides performance accommodation with two-porch versatility – ideal for small groups or less if extra comfort and space are key factors. It’s hefty at 5.4kg, but it is a four-person unit with the security of 5000HH HydroTex.

Outdoors professionals will appreciate that each member of the Trail range – a collection aimed at the serious adventure crowd – has the assurance of a proper understanding of the ventilation requirements needed to reduce condensation when camping.

However, it’s the all-new ‘Track’ range that may steal the show for Robens’ 2022 offerings.

Hot, arid, windy, or cold conditions require versatile venting and three Chaser tents introduce the FlexPitch system alongside larger vents. This allows a choice of options that include ‘inner only’ for bug-free ventilation with sky views; half flysheet with inner for partial wind protection with enhanced ventilation and views; full flysheet for total protection; and flysheet only for lightweight shelter.

Chaser 2 could be wild camping show-stopper

The stand-out show-stealer, though, looks to be the Chaser series which, on the face of it, appears to be a reworked take on one of its most popular tents – the ever-faithful Starlight.

It seems designers have perhaps grabbed the Starlight’s blueprint and dedicated themselves to improve on something that was already approaching perfection. Wild campers in particular will be drawn to what looks to be shaping up to be an outstanding performer – and weighing in at a mere 1.46kg for the Chaser 2.

While delighting at the lightweight Chaser for innovation, four-season adventurers may be left lamenting the reduction in hydrostatic head performance. It’s two-person equivalent Starlight 2 delivers year-round assurance with a 5,000HH but can be a bit of a burden at 2.5kg. Alas, the Chaser 2’s 525g flysheet offers up just 2,000HH, which may prove to be its only downside.

Led by the one-person Elk River 1, it still has massive appeal at 1.52kg for adventurers keen on keeping the weight down. It’s backed up by the reliable Buck Creek 2 and Stony Brook 3.

For families and basecamps, the Adventure range is still going strong with its adaptive, black-out inners. The behemoth Eagle Rock 6+2XP maintains its place as one of best large (potential for sleeping eight) tents on the market.

The award-winning ‘Double Dreamer 5’ is the stand-out performer here, though – a £670 five-person offering with a 5,000HH and generous living space.

Robens’ Adventure range also includes the warm-climate spin-off technical cotton versions. A three-tent collection for families and groups looking for quality and high-end features. It builds on the versatile Adventure range options, but with the in-house HydroTex® polycotton fabric.

Tipi tent designs for the traditionalist

For the traditionalist, the aesthetically-pleasing tipi designs feature in the Navigator range.

As well as the classic lines, the Navigator selection steers back into 5,000HH territory.

The four-person Green Cone PRS has been updated – it has the ability to be single-skinned in order to reduce weight (taking it from 5.9kg to 3.2kg) – but, new for 2022, are the Klondike PRS and Chinook Ursa PRS.

These two are for big expedition groups, with the Klondike being able to comfortably accommodate six people, while the Chinook Ursa can put a roof over eight.

With that many people in one space, ventilation – as ever – is the main consideration for the manufacturer. Robens has woven in several options to assist with airflow and minimise condensation.

Weighing in at 11.2kg and 14kg, the two big newbies to the range aren’t exactly lightweight but, being for groups, some of the pack weight can be distributed across the party.

If the retro look is what you crave in a tent, then you may wish to skip straight to the Outback range. There are 11 tents – including four new additions for 2022 – with most featuring a stovepipe port for ‘hot-tenting’.

These are full-on expedition tents packed full of comfort features, including a minimum 180cm standing height together with blackout inners and internal apex vent control.

Pick of the bunch

Behind the photo: Stuart Chambers

Behind the photo: Stuart Chambers 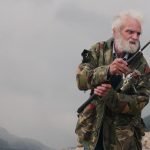 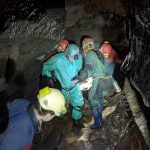 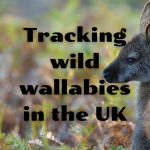