THE Chief Executive of Dartmoor National Park has vowed not to give in to pressure from wealthy landowners who want to ban wild camping.

Dartmoor is home to some of the few places in England and Wales where responsible wild camping is permitted.

Fears that a move to overturn that permission were raised last week when Alexander and Diana Darwall – owners of a 2,784-acre estate on the Devon moorland – filed a case with the High Court that questions the Dartmoor National Park Authority’s bylaws allowing wild camping.

The complainants – a City fund manager and his wife – claim they are merely seeking to clarify the local laws.

However, DNPA boss Kevin Bishop, sees the ‘clarification request’ as something altogether more sinister in the shape of a veiled move to banish wild campers from the land.

Lawyers for the Darwalls propose wild campers have no legal right to be on Dartmoor, claiming the ruling which grants the park authority the powers to create bylaws – the Dartmoor Commons Act – cannot allow camping without permission of the landowner.

The filed papers also raise concerns about litter and the risk of wildfires, adding: “There is an additional requirement that the camping regulated by the defendant [the park authority] must only take place in areas where the landowners’ consent and subject to whatever additional conditions and requirements the landowners may stipulate in return for their consent.”

Mr Bishop, though, argues that section 10 of the Dartmoor Commons Act covers public right to access the moor for ‘outdoor recreation’.

“We believe this includes wild camping, provided it is done properly,” he told the Guardian.

“This means you carry all you need in a rucksack, stay for no more than one or two nights, and leave no trace.”

Wild camping is not fly camping

He also stressed that the DNPA had been working hard to distance wild camping from ‘fly camping’, which doesn’t adhere to the code of ‘leave no trace’ and is a practice the authority has been actively clamping down on.

“We will defend the right to responsibly wild camp on the moor because national parks exist to both conserve the environment and to create opportunities for public enjoyment and understanding of nature,” he added.

“The Darwalls’ claims lack substance. Done properly wild camping is not, as suggested in this claim, a threat to the environment nor a significant risk of wildfires.”

A representative of the Darwalls reiterated the landowners were not attempting to ban wild camping, but simply “just asking the Dartmoor National Park Authority to cooperate with those who are responsible for looking after the land and the environment”.

“I am sure that in all circumstances wild camping could continue on Dartmoor, though it depends in part on the DNPA,” the spokesperson said.

No matter what the Darwalls’ true intention with the High Court filing, Mr Bishop remains wary of the motives, explaining he fears any ban on wild camping could threaten gateway activities to the outdoors for youngsters.

TIP: How to reduce condensation in your tent

He highlighted the Ten Tors challenge in a particular – a two-day orienteering event that sees thousands of walkers attempt to navigate 10 checkpoints.

“If we lose this case there is a risk that campers would need permission from landowners and/or wild camping will be banned from certain areas,” he said.

“It could put events like the Ten Tors at risk, which give so many young people a taste of adventure for the first time and opens their eyes and minds to national parks.

“Backpack camping is an important part of how some people experience Dartmoor every year. It enables people to enjoy the more remote parts of the park and enjoy the moors’ special qualities, dark night skies and the sun setting and dawning over the Tors.”

The Darwalls representative responded by saying: “I don’t believe that there is any risk in any realistic circumstances and I don’t believe anything Mr and Mrs Darwall are doing puts these at risk.”

Areas of Dartmoor where wild camping is permitted…

2022-06-24
Previous Post: Parkin’s off again! Adventurer to tackle River Wye for charity
Next Post: How to remove mould and mildew from a tent 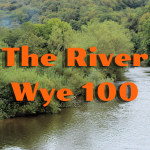