LEGENDARY adventurer Benedict Allen has taken the first steps on his latest expedition – a book tour of the UK.

The 62-year-old explorer, famed for his exploits in the Amazon Basin and traversing the vast Namib desert, last month published ‘Explorer’ – a chronicle of his time in Papua New Guinea immersing himself in isolated communities.

Despite being hailed as a modern documentary-maker who has spent an unrivalled amount of time in the wild, he’s now dedicating the next month or so to touring Britain, appearing at various literary festivals and speaking events.

Details to be confirmed. 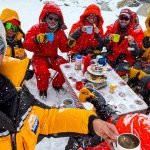 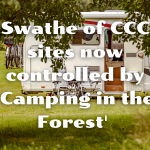